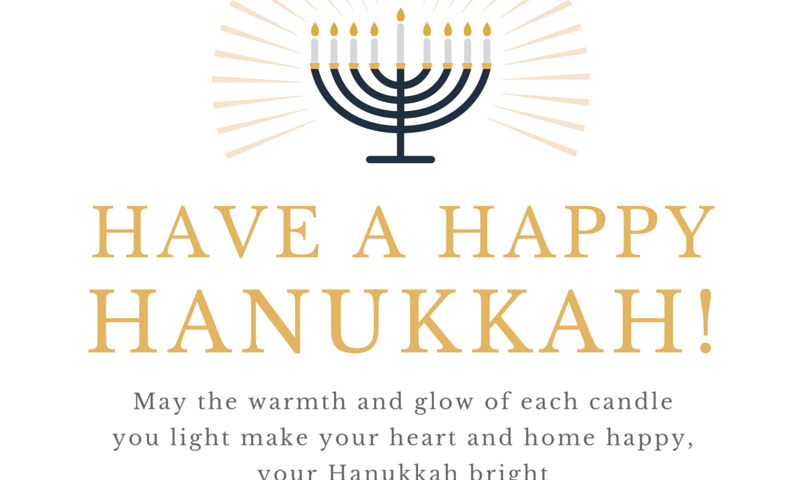 Hanukkah is the Festival of Lights.

It commemorates the victory of the ancient Israelites over the Syrian Greek army, and the subsequent miracle of restoring the menorah in the Holy Temple in Jerusalem.

The miracle of Hanukkah is that only one vial of oil was found with just enough oil for one day, and yet it lasted for eight full days.

Hanukkah or Chanukah commemorates the rededication during the second century B.C. of the Second Temple in Jerusalem, where according to legend Jews had risen up against their Greek-Syrian oppressors in the Maccabean Revolt. Hanukkah, which means “dedication” in Hebrew, begins on the 25th of Kislev on the Hebrew calendar and usually falls in November or December. The Festival of Lights is celebrated with the lighting of the menorah, traditional fried foods, games and gifts.